What Makes Us the Right Choice

Dr. Kurt Jaenicke is a board certified physician in Female Pelvic Medicine and Reconstructive Surgery (Urogynecology) and AIUM (Ultrasound)

LEARN MORE ABOUT OUR PROCEDURES & SERVICES

After completing college, Dr. Jaenicke moved to Boston and worked at Wellman Research Lab. During this time, he authored and co-authored numerous medical research articles and his cumulative work inspired his decision to go to medical school. Dr. Jaenicke completed medical school in 1988 and completed his residency in 1992 in Obstetrics and Gynecology, becoming board certified in 1994.

Dr. Jaenicke moved to Ashland in 1994 with his wife and two daughters and started a general Ob/Gyn practice. After a year away from work in the mid-2000s for surgery and chemotherapy due to colon cancer, Dr. Jaenicke returned to the practice of Gynecology in late 2006, employed by Our Lady of Bellefonte Hospital. He continued a general Gynecology practice and in 2015 sat for and passed the examination for a new sub-speciality in Obstetrics and Gynecology, “Female Pelvic Medicine and Reconstructive Surgery.” In doing so, he became the first and only OBGyN physician in eastern Kentucky to become board certified in this relatively new subspeciality.

Dr. Jaenicke is now boarded in general Obstetrics and Gynecology and in Female Pelvic Medicine and Reconstructive Surgery, which allows his practice to offer a wide range of services for women.

Dr. Jaenicke and his family continue to be active participants in the community. They, along with the help of a friend, purchased and planted over 8,000 daffodils in Central Park in Ashland. The blooming of the daffodils in early spring has become a perennial tradition and popular attraction in the region. 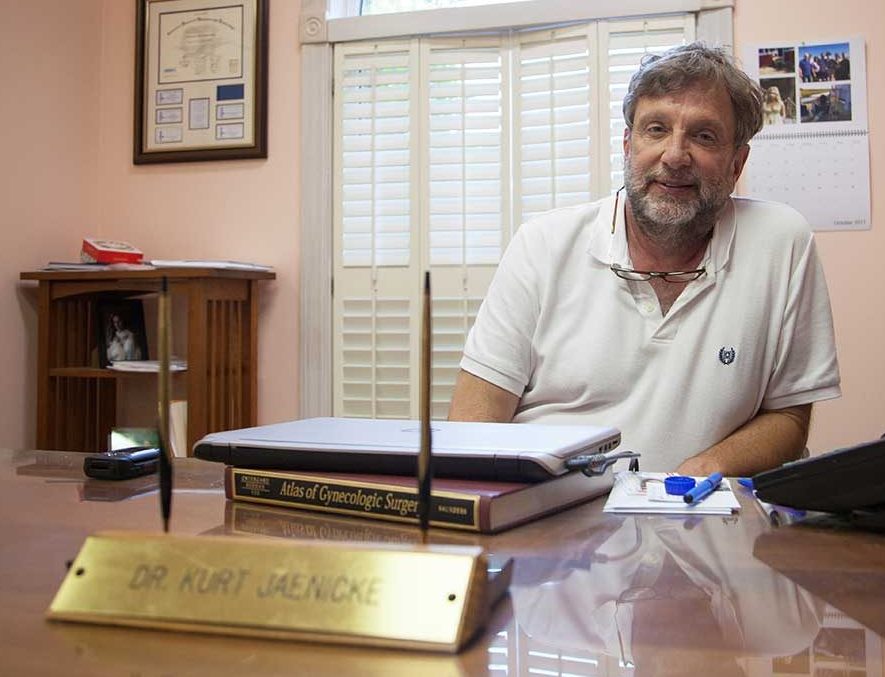